Today didn’t really get off to a good start. I woke up and realized I had 2 hours left to sleep so I went back to sleep. Only to realize that when I woke up I didn’t have much time. So I rushed getting ready for school. Also had a quick look on facebook and found that video of Miss Bamford. here is the video

I got to school and had a boring CTM, for those of you who don’t know the school codes and all that it is basically a posh way of saying assembly. So I had that and then was late to biology, but when I got to the corridor most people were outside anyway seeming as they had just had CTM too. Anyway spent that biology lesson getting my notes sorted and all the boring stuff.

Then English when I had to do the dreaded assessment where I forgot most of my lines and just stood up there laughing and looking at my sheet on the floor. Any way that was soon over and went to break. But then I was walking down the stairs talking to someone and suddenly I was falling down the stairs , which are quite hard, and having done that I stood up to find that I had a pain in , yes you guessed it , my bum. I stood up looked around to see who had saw and only one year 11 saw who I don’t even know. I just though well he is leaving in July and so are all the people he was going to tell so I was not totally bothered. Until I got back to class and the person who I was talking to thought it would be hilarious to tell everyone.

But then maths, I mean maths is bad enough without having the worst teacher out of the lot , I mean what teacher thinks that homework is more important than coursework and thinks that we should spent more time on homework than the course work. I mean you are hated enough already. Do you actually want to be hated?

So went home and didn’t really do much except a bit of the course work from science and don’t worry didn’t forget the bleeden maths
Posted by char at 12:32:00 1 comment:

Today not much happened really but had the last of the four tests I had in a week, which was great because now I don’t have to revise from boring note I had been making so far. I think now I should start to make my note way more interesting. Also today I thought should be the end of ignoring the fact that I need to put my head down and start really concentrating on my GCSEs if I want to get the grades that I am capable of. Also managed to hide from doing an assessment in English because we ran out of time. I really don’t know why they like people who hate standing in front of the class to go up and make a total fool of themselves looking at the floor for about 5 which will be never forgotten, well until next time that is. And there was a reason I didn’t take drama too.

Anyway enough about English. After having my history exam on Monday, my lesson on Tuesday was based on the work we missed when we were revising on the Friday. But it soon lead to our teacher being taught by someone how to do some street dancing. This was amusing to all the class. Until she tried to do a move and suddenly a loud shriek came out and she was stuck in a "crab" and when she started laughing we all did too. There is a video floating around and if I see it I will show it to you.


Also I know I haven't made a blog for ages I just havent really had the time and then forgot about even having this until for some reason sitting in english I remembered that I have a blog sorry about that.
Posted by char at 10:33:00 1 comment:

Long time since i have done this 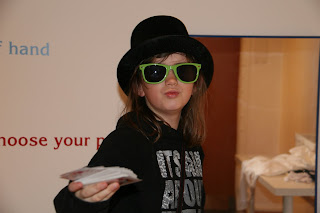 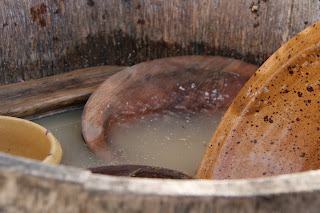 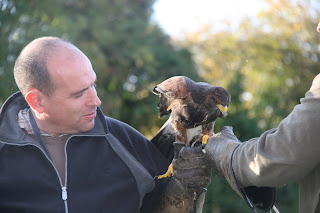 It has been a long time since I have even thought about doing this but for some reason today i remembered my password :O surprised me too lol .
Lots has been happening since last time . For example i am well into my gcses now and god they are hard . I am almost 15 soon and not sure that there is much different between 14 and 15 except you can (legally ) go see 15 films but you know lol .Many kite festivals have happened this year and I have had a great time at the ones I went to.
As from the gcses I never realised how much homework there would be but got to get your head down. then there is maths well don't get me started on it , I am meant to have this okay teacher but the thing is they think i am aiming for a A* so I have to do extra homework and have a horrible teacher too. While the others play bingo all lesson :(

My sister is now at the same school at me which is really annoying most of time because she comes up to me all the time and asks questions just to show that she knows me :( and then all her mates come over and well yer lol.

Also during the half term we spent a few days in oxford which is a nice place.We also went to Shakespeare's house too and where his mum used to live and had a great few days.
Posted by char at 10:48:00 1 comment:

had a good week

Not been up to much really but had a great weekend with fiends and had great sun shine too. Spent alot of time down the river so we could cool down. And alot of time in the park on the swings
thats it from me really speak to you soon
Posted by char at 06:51:00 No comments:

not said much for long 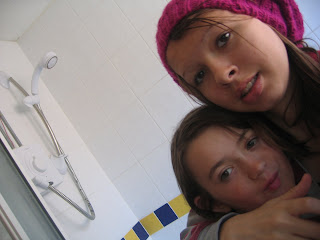 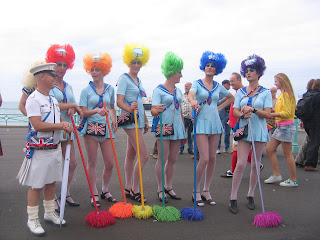 The reason I have not said much for long is because i have not been up to much for the past couple of days. But this weekend was different, we went to pride festival in Brighton which was fun but after pride we went to a party at manky and Tina's house (thank you for the invite) which was great and got to see everyone again which was nice because allot of people there I had not seen in ages. As the night progressed they got through more and more bottles, so it got louder and louder. Then when it was time to go I stayed while some lovely friends were taken to the station because by this time it was getting very wet. Any way the next day I kinda had a lye in (what lye in I can have with a father that wakes up a 5 in the morning)then not much happened that day. and today was really the same
Posted by char at 13:04:00 No comments:

I woke up early today and went out with the family to a car boot. It was funny when we got there , there were no traders there so my dad went to ask whats going on and the man said we were there before the traders. so we could have left later after all.

not much happened at the car boot though but for lunch we had Mac Donald's and it was really really salty. Then in the car i think i fell asleep because i don't remember the car trip home. Then when we got home me and my sister watched meet the forckers which is not a bad film actually.

Then for dinner we had oxo noodle soup .Then that's my day boring as normal
Posted by char at 13:11:00 No comments:

Not much really today. Woke up Early and it is my sisters birthday today so i could hear her in my parents bedroom opening her present. Then we went to town and saw all the sad people lining up to go into the new apple store because it was its grand opening today, all that for a t-shirt . I think some of them were there at 6 in the morning. anyway we did that the we went bowling , which was fun but of course my dad won. He always wins. Then when we got home we had pizza for dinner and watched a film called licence to wed which is not bad actually. Anyway that was my day . Not very interesting but to be honest nothing really happened that you would be interested in
Posted by char at 12:29:00 No comments:

Don't know what to write today so I'm going to not do a blog today
got my ears pierced though today
Posted by char at 11:47:00 1 comment:

I haven’t done much today. I thought I would have a lazy day seeming as it is the first day of the holidays. When I did wake up my mum had already gone out so I was home alone so I managed to get to watch “ Big Brother” seeming as it is banned when her or dad are in the house. I do have to admit though it is slightly boring, but hey what else is on at 9 in the morning????

Before my sister came home because she was at a friend’s house last night, I thought I would go on the wii fit. I decided to do some yoga. It is actually pretty fun, well until it tells you to lye on the floor with your face up to the ceiling and put your legs behind your head with your shoulders and head still on the floor. It hurts but I managed to do it . well at least now I am all stretched out.

When my mum did get home she didn’t have my sister with her so I asked if I could do some cooking and she said yes. That is when I got funny. First I looked in the cook book, and then I decided I would make something out of a Indian cook book because it looked simple. Well you know when they say simple on TV what the mean is that it has no fun in it. These fritters I think they were, well I thought it was the things that I sometimes make when I got to my granny’s house but they weren’t they didn’t even taste half as nice as hers. I think this is because these ones that I tried to make today were mainly flour and water, and you know that taste. It’s so plain. Any may I gave up making them half way through because I didn’t have the right oil anyway that’s a whole other story.

You know how you think oil is oil, well I do anyway. It said you have to fry them in sunflower oil, we only have olive. So mum told me to go down to the shop, they only had vegetable oil. I thought vegetable oil would do, but it doesn’t. Well at least I know for next time any way.

I think I might go to bed early today so not really very interesting though.


although the fritters did not look as nice as the ones up the top
Posted by char at 12:32:00 2 comments: